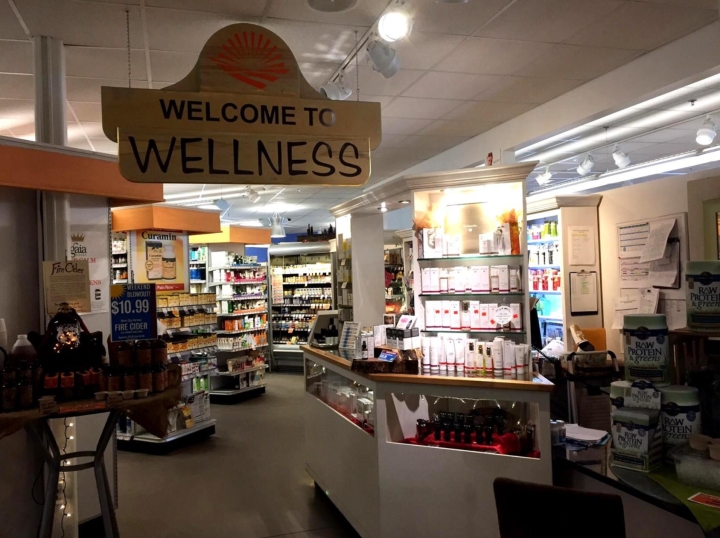 The thing I miss least about the health food store where I used to work was when nosy customers would bug me about my eczema. “What’s THAT on your hands?” they’d wonder aloud, despite there being nothing in my businesslike manner that would encourage such an intimate inquiry.

“Oh.” They’d be silent for a moment. And then, inevitably, “Have you tried coconut oil?” Or alternately, “They’ve got this thing in the Wellness section that does wonders…”

In my head, I’d be cursing them and the coconut oil, or whatever $25 serum they’d been foolish enough to purchase from our Snake Oil Department. But out loud I’d just say, “Oh, cool! Good to know,” as I bagged their overpriced produce and soy-based frozen dinners.

What I really wanted to say was, “Don’t talk to me about my fucking eczema.”

I’m not exactly sure what it was about that environment that brought out bad minders-of-their-own-business, but so it was. Maybe it’s weird that I took such offense regarding something that isn’t the worst of maladies (even if it’s kinda gross), and certainly isn’t my fault. But I don’t even like talking to doctors about it.

The fact is, I’ve been struggling with this skin problem for 16 years. When the rash first arose, I was underemployed and uninsured. Getting medical help seemed impossible, so I just tried bandaging my broken flesh as if I had a hundred tiny cuts on my hand. My boyfriend at the time persuaded me to set up an appointment at the sliding-scale clinic, after much resistance from yours truly.

“There’s no point!” I’d tell him. “It’ll probably clear up by the time they get me in.” He knew I was right, because it would be ten days before they’d see me. But he had a smart plan. He was a photographer, so he had me place my pus-oozing hand under a super bright neon lamp, took a picture, and printed an 8.5 X 11 glossy that I could take to my appointment.

So that’s what I did when I finally got to the appointment and — as expected — my hand wasn’t as sore as it was before. The physician who saw me was very nice and quite impressed with my visual aid. “Oh my god, the detail,” she said breathlessly as she eyed this portrait of my swollen, rash-covered flesh. “What a beautiful shot. How did he capture it?”

“Oh, he used a special lamp. He’ll be really excited that you’re excited.” It was one of the weirdest encounters I’ve ever had with a medical professional, and that’s saying quite a lot. She diagnosed my dyshidrosis (a type of eczema, often stress-related) and sent me home with some tiny sample tubes of steroid cream. I was supposed to apply it at night and wear cotton gloves to bed so it wouldn’t come off. I followed the first part of the advice, but not the latter because I had no idea where to get cotton gloves in July and I was broke. But it was enough to clear up the problem, for a while anyway. It always returns eventually, usually when I’m stressed out about money or getting ready to move.

But my current bout of rash (which has come and gone over the past six months) feels different from the dyshidrosis — less blistery, more dry and patchy. So I have at last arranged another appointment. The good news is that in 2018, I can use my phone to take my own damn picture of the flesh that may repair itself by the time I see a dermatologist. The bad news is that my copay for seeing a specialist is $92. This is why people pretend coconut oil is a cure-all. It might be pricy for a household product, but for many of us it’s way cheaper than going to the doctor.

This is just one of many reasons why I canvass with my Democratic Socialist comrades for Medicare for All. I fully believe that we’ll eventually have a single-payer system in this country, maybe even before I die. And I can’t wait for it to happen, so I never have to pretend the Snake Oil department is anything but a load of new age bullshit. But I also have this feeling that, even if I live long enough to see a doctor without a copay, I will still dread the experience.

One thought on “There’s No Co-Pay for Snake Oil”